The results of a new study published in Dermatologic Surgery has indicated full-facial volume restoration can last for more than 18 months in patients who receive a Hyaluronic Acid (dermal) filler (HA).

Hyaluronic Acid is a natural occurring substance in the human body which decreases production as we age causing facial volume loss. Dermal fillers used at our Taunton Clinic are made from synthetic hyaluronic acid and are intended to replace the volume as naturally as possible.

The study looked at long-term full-facial volume restoration in 60 patients using the HA filler between February 2012 and March 2013 in Brazil.

The patients were treated with dermal fillers made from hyaluronic acid with injections given in two to six points of the face and they were offered an optional touch-up three weeks later.

Most patients had three of four areas injected (71.6%), with the cheekbones being the most common place for injections (96.7%). 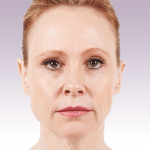 Niffery before treatment with Dermal Filler 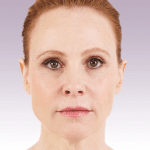 18 months later there was evidence of at least a 1-grade improvement in the volume loss scale for the full-face. For all areas, more than 60% of the volume gained at three weeks was sustained at 18 months.

This means that treatments last longer than was originally believed when Dermal Fillers were first introduced; great news for those wishing to rejuvenate their facial volume to give a more youthful look.

Previous Post What do men and women look at first? Next Post ‘She does look good for her age doesn’t she?’