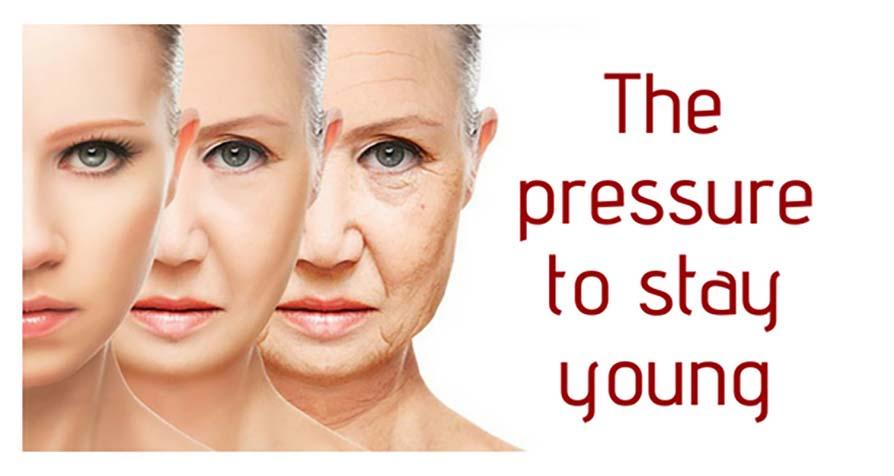 In June this year the Royal Society for Public Health (RSPH) published a report that examines how attitudes to ageing can affect health and wellbeing.

That age old question detailed responses of 2,000 people using focus groups and a national survey, before making policy recommendations based on the results. While part of the report looked at ageism in general; for example, negative stereotypes of older people as lonely, vulnerable, in poor health and an economic burden, it also explored the public’s perception of appearance in older age. One of the most striking results suggested that nearly half (49%) of women and a quarter (23%) of men said they feel pressured to stay looking young. Other results found that three in five respondents (58%) believe that they will become less attractive as they get older, one in four 18-34 year olds (24%) agreed ‘older people can never really be thought of as attractive’ and only 12% of older women said they were satisfied with their body size.

The pressure to stay young

It’s a common comment from many of the women coming into our Taunton clinic, that they feel they have become ‘invisible’ as they get older. And many definitely feel the pressure to stay younger longer if they want to still feel attractive.

It is often felt that men have an easier time of it as they age – “silver fox” comes to mind! The terms associated with the difference between men and women as they age can be very hard on women.

That said, men are beginning to feel the pressure as well now, and it’s true that over the past two years we have had an increase in the number of men requesting treatments. We laughingly joke at one decade become the new one e.g. 40 is the new 30 etc. And in many ways this is true, we are living longer, we can aspire to greater health and we do have products that can delay the ageing process. But with all that said, we find that our patients, male and female aren’t looking to be very much younger than they are now, just the very best version they can be of themselves: wearing well!

The big danger in the future will be in managing the younger generation’s aspirations in keeping wrinkles at bay, even now we have to manage the fixations for the latest cosmetic fads. Lip fillers are a great example of a trend that many really don’t need to aspire to as they have perfectly formed lips already, but the focus to look like the latest celebrity is the driver.

TV programmes like Keeping up with the Kardashians and Love Island don’t help, often increasing the pressure on young people to look a certain way. We can also point to the advent of the selfie and filters that change the shape of faces and display an unrealistic version of that person.

At Somerset Cosmetic Clinic we like to focus on the positives – we aren’t here to ‘fix’ wrinkles, we are here to help slow their progression, to minimalise them and rejuvenate your skin.

The report suggests that negative terminology such as ‘anti-aging’ is helping to feed insecurities and a level of body dysmorphia that we had previously only seen in the US, is creeping into Europe.

At our clinic, we like to think that we can help you create the best version of you but we are also not afraid to tell you if we think it is a step too far, or even achievable. A few small changes can make a world of difference in rejuvenating your skin, and how you feel about it. If it makes you look AND feel better then we feel we have done our work!